I was in a grand looking horse racing stadium that looked ‘royal’. There was an oval shaped horse track and in the middle was a luscious green field. The stadium was filled with people from different parts of the world made up of different people/ethnic groups. They were clustered in families all over the stadium seats consisting of young and old. Present in the midst of the people were angels all over. They had shining, glorious bodies that were bigger than the people. As I looked above, I could see at the uppermost level on the right of the stadium an opaque glass box. On the top of this glass box the words: THE ANNOUNCER was highlighted in bold.

The crowd came to cheer and honor a winning world-class racing horse and pay him tribute. It was not a horse race. On the race tracks, I saw a 200m red carpet that was laid from the entrance of the racing gate on the race track.

There was excitement and anticipation in the air. As the crowd ‘settled’, the announcer started to welcome the crowd to usher in this winning horse. The announcer’s voice was amplified and sounded youthful like someone in their 30s, full of energy and vitality.

As I looked at racing gate, the winning horse came into sight. Standing next to the horse was a man holding his reins. I made my way to this man and asked: “Who is this horse and who are you?” And this man said: “This horse is Galileo and I am the Trainer.” Galileo, the racing horse, was all dressed up, in royal blue and purple ‘clothes’ lined with precious jewels around his saddle. The Trainer looked like a normal man dressed very similarly to a jockey. Initially, I thought he could have been Galileo’s jockey.

I could see that the people were expecting this winning horse, Galileo to walk the red carpet and then, do a demo run on the rest of the race track. The Announcer then asked the crowd to get ready to cheer and chap for Galileo’s appearance. The crowd cheered and roared. Then, the gate opened. The Trainer holding Galileo’s reins by Galileo’s side, paraded him on the red carpet. There was a sense of pride and delight on the Trainer’s face that was radiant, filled with joy. As the Trainer and Galileo reached the end of the carpet, suddenly, to all our surprise, the Trainer released Galileo’s reins and Galileo laid down.
The Announcer who had been speaking and giving commentary all this while became silent. The crowd also became silent and was confused. But the Trainer was smiling and he was not confused. He looked relaxed and at ease, and knew what was going on. There was a sense of a ‘commanding’ presence about this Trainer.

Then, suddenly, from within the stadium, about 30 or so horses appeared and came, all in different shapes and sizes, and types to Galileo’s side as he was lying down. They formed a ‘circle’ around Galileo and what looked like paying ‘tribute’ and honor to Galileo. These 30 horses had no reins or saddles – they looked ‘wild’ yet stunningly beautiful. As they paid their tribute, the Trainer told each of them to “Go your way”. At the Trainer’s words, one by one, each of these wild horses left the stadium galloping through the green field. As they each left, different groups in the crowd left with them.

My eyes followed each horse as they left with their different groups of people and angels who left with them. Each horse exited the stadium at parallel time. The wild horses with tremendous energy spread out to different parts of the earth and universe. They galloped to various lands and territories.

Out of curiosity, I went with some of them to where they ‘landed’. Some were on land, while others on the mountains and even in the sea. I saw one wild horse at the North Pole. He stood there and ‘commanded’ the North Pole and her peoples. Several of the wild horses ‘landed’ at the peaks of the high mountains in different continents across the earth. Another one was in the desert calling and crying out “LOVE HAS COME!”.

I saw a few other wild horses on boats sailing in the different seas across the earth. Another went right into the very center of the universe and dived deep into the depths of the ocean. As this wild horse went down into the sea, I could see her preaching and singing even to the sea creatures beneath. The wild horses were exploring their unique adventures in the diverse atmospheres.

I was then taken back to the stadium. By this time, the stadium was left with only a small group of people who were sitting above where Galileo was laying down on the stadium seats. There were about a dozen or so big angels with this group. This small group was looking at Galileo and the Trainer.

At this moment, the Trainer looked at me and he winked. And then, he turned his face upwards and spoke to The Announcer. He told The Announcer to come down to where he and Galileo were. As I looked up, I was shocked to see James and Denise coming out of the Announcer’s glass box. A silver stairway opened in front of them and they climbed down the stairs and came to Galileo’s side. They were not sure why they were called down by the Trainer.

Then the dream ended. I woke up and my body was ‘electrified’ and ‘floating’ like I was given access into a different realm. Awake, I could still see, hear and smell Galileo and the wild horses. Each wild horse I could distinctly see how exceptionally unique they were. None looked the same. I saw that the Trainer was still present in my sight. He did not leave. And then, at this moment, I knew that this Trainer was Jesus.

Note:
A few days after this dream, I was prompted to Google “Galileo race horse”.  To my surprise, I found out that Galileo was a professional racehorse who won many races. He was born in March 1998 and died in glory on 10 July 2021. He had an amazing career and left a glorious legacy of sons and daughters. His life, career and death was celebrated and honoured by those in the professional horse racing world globally. I also found out that ‘Galileo’ comes from the name ‘Galilee’. Which reminds us of the Sea of Galilee where its water are fed by the River Jordan. Jesus called his disciples in Galilee and performed many miracles there. 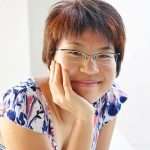 By Shireen Lai
Francis and Shireen Lai, of Singapore, bring expertise in business and the arts and entertainment world and a passion for probing uncharted realms to their roles in Fatherheart Ministries.
More by this author

Sunrise from the window of our room in Hua Hin, Thailand, as we head into day 2 of the Fatherheart Ministries B School. A little over half of our...

The Birth of a Vision

"We began to dream about a people who could come and grow together in the reality of the Father and be transformed by His love.”– James &...

At our 25th Anniversary International Conference held in Singapore recently James Jordan described the handing over of the leadership of...

It is a great day, and a new beginning.

It has been a really wonderful time together this week completing the transfer of the responsibility for FHM to the Pillars group. There are...

FHM Singapore Conference - Day 4 Today there was time, for some to share how they came into the revelation of the love of the Father through...

Yesterday at the conference.... We watched videos from the Pillars who were not able to be here. We met the Pillars overseeing the media side of...

People are with us from 19 different countries. We started the conference with James and Denise talking about the history of FHM and people who...

Dear friends, the Re-Union has been filled up again. The 20 extra spots Orama made available filled up within a couple of days.

For four years we have been dreaming of a Fatherheart Ministries family Gathering with James and Denise in North America - Father has gone “Above...

James at The Gathering Canada 2022

“The ways of the world and the ways of the Kingdom of God are totally opposed. The foundations of this world system are inspired and empowered by...