James and Denise Jordan live in Taupo, New Zealand, have three grown up children and five grandchildren. They have been in constant ministry since the late 1970’s. In that time they have pastored two churches, worked in Christian rehabilitation, worked as Bible School lecturers and travelled in itinerant ministry throughout 40 years and counting.

In 1997 they sold and gave away everything they had, again, and bought air tickets around the world in response to a sense that God was calling them to a new ministry. Since then they have been to over 60 nations, circumnavigated the globe 47 times so far, founded Fatherheart Ministries which runs over 50 one week long schools each year on six continents as well as a three month school in New Zealand and a School of Prophetic Preaching. There are now 17 teams around the world travelling constantly taking the revelation of the Father’s love to all who open their hearts.

James and Denise operate a prophetic ministry speaking a Word that has been, and is being given to them of walking as Jesus walked in the love of the Father as sons and daughters. James’ ministry is to be a herald of reformation:

A River of Revelation

Over the years James and Denise have often said that they feel like they live in a river of revelation. This is shown dramatically in the simplicity and obvious biblical understanding that flows from their lives.

James and Denise have launched a new website: Jordan International. They continue to be part of all that we are doing in Fatherheart Ministries, but they are also up for some new adventures! 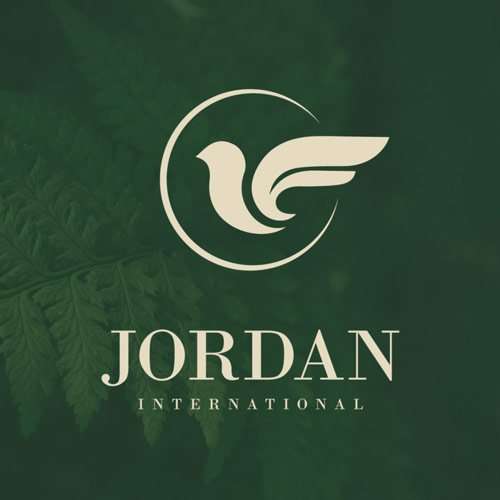 James and Denise Jordan could not have known on their wedding day in 1971 that they would bring a life-changing revelation to the world.

Denise was a widow with two children, and James was a professional hunter caught in the tension between his love of solitude in the New Zealand hills and the necessity of human interaction. Together they would receive profound insight into relationship, specifically the intended relationship between humankind and Father-God.

The Jordans were saved during the charismatic revival of the early 1970s, experiencing the move of the Spirit at Palmerston North Christian Centre, on New Zealand’s North Island. Soon they and another couple started a home group in a small town nearby. Buoyed by a powerful presence of Jesus, the home group met every day of the week and grew quickly. People regularly knocked on the door, standing there weeping and wanting to know Jesus.

During that time James received prophetic words saying he would become a teacher of Scripture and a prophet to the nations and that the Word of God must become a part of him. In response, in 1976 he and Denise headed to Orama Bible School, held on New Zealand’s Great Barrier Island. The school’s founder, Neville Winger, was recognised in New Zealand as a spiritual father and prophet. Its curriculum included two years of full-time study and a yearlong internship.

Orama also ran a “seeker program” in which people from all walks of life lived within the community while receiving ministry. Many of the seekers had alcohol and drug addictions and other health issues. Denise was asked to work in the program, counselling and caring for its members.

In 1977, Jack Winter, the founder of Daystar Ministries, came to Orama as a guest speaker. James had an unmistakable witness in his spirt that he was to be “a Joshua” to Jack, serving like Joshua of the Old Testament had for Moses. So in 1978, James and Denise and their three young children moved to the United States to join Jack and Dorothy Winters’ ministry there. Jack’s revelation of God as a loving Father was imparted to James.

Eventually the Jordans returned to Orama, where James lectured in the Bible school and ran the seeker program. Denise was responsible for overseeing the counselling aspect under the supervision of a registered psychiatrist. Meanwhile, James began receiving invitations to teach at Youth with a Mission (YWAM) schools on the Father heart of God.

James and Denise returned to the New Zealand mainland in 1984 to help establish a Christian community with a vision similar to Orama’s. They started a home group that grew into a church, and James began responding to more overseas teaching invitations from YWAM.

Denise worked in South Auckland in the Anglican Trust for Women and Children alongside a clinical psychologist, consulting with Child Protection social workers and local police.

In the midst of all the activity, Denise found that she had less energy for ministry. She began to hope that people would be prevented from coming for help, and one time even hid in a cupboard when a visitor came to the door! Shocked by her reactions, she felt compelled to pray more, fast more, read the Bible more and get motivated more. When she was invited to speak at a meeting, she found herself holding up the Bible and declaring that it was only a list of rules that she couldn’t keep.

Soon after, as she and James were heading to church one Sunday morning, she slumped down on the outside stairs, weeping uncontrollably and saying: “I can’t do this anymore. I just cannot face these people one more time!” This was the beginning of a three-year season of burnout.

James and Denise decided to take a break from ministry. In November 1988 they went to Brisbane, Australia, where James sold personal development programs to businesses and Denise sold real estate. They also fulfilled a prior commitment to speak on the Father heart of God at four YWAM Discipleship Training Schools.

But the exhaustion intensified, with James experiencing major burnout too. The Jordans found themselves crying for long periods of time and unable to cope with everyday demands.

They returned to New Zealand in June 1989 and stayed with Denise’s mother in Taupo. Denise worked in a cafe and James worked in a music store until the end of the year, when they moved to Auckland to be with their daughter and her newborn baby.  James started selling life insurance and Denise bought a lunch bar. They continued to experience the effects of burnout, but finally reached recovery.

In 1991, after the Jordans had stabilised, James was invited to become the pastor of a Baptist church in Auckland. Denise sold the lunch bar and the Jordans moved to an Auckland suburb. A local doctor invited Denise to run a counselling service within his practice, and Denise also began pastoral counselling, roles she loved. Concurrently, she helped pioneer the Living Waters program in New Zealand.

In 1994, the Jordans flew to Toronto, drawn by an outpouring of the Spirit at Toronto Airport Christian Fellowship that was attracting many from around the world. The result of their visit was an outpouring in their own church. People came from around the region, including leaders who were disheartened and suffering from burnout. The visitors encountered the life-giving love of Father-God and went away energised and with renewed hope. The Jordans pastored the Auckland church until the end of 1995.

Release to the nations

Painful events led them to one of the lowest points of their lives. At the end of that time, in 1997, Jack Winter invited James and Denise to join him in ministering the Father’s love. He encouraged them to see whether the prophetic words about James being released to the nations were now to be fulfilled. That was the launch of Fatherheart Ministries.

The Jordans left New Zealand in October 1997 and didn’t unpack their suitcases for four and a half years. At times they traveled with Jack, and other times James and Denise ministered on their own.

The Jordans spoke extensively in North America and Europe, including the United Kingdom, Scandinavia, Holland and Germany. They ministered in church and conference settings and to small groups in homes. The schedule was intense, but the Jordans weren’t overtaxed. A grace was upon them.

During this time Denise began to see from Scripture that God is as much Mother in His heart and character as He is Father. This revelation exploded within her. She recognised that motherhood was among the expressions of God, and that the lack of a mother’s love was among the links to sexual addiction. The need for a comforting, nurturing love, she realised, could be filled by God’s mother heart.

Eventually weeklong Fatherheart schools were birthed. James and Denise saw that the experience of the Father’s love was moving people beyond emotional healing and toward developing a heart of sonship toward God, a paradigm shift that occurred best when more time was provided than a short conference could allow.

The first school was held in Hemel Hempstead, England, in 2004. Now many schools are held around the world by appointed Fatherheart Ministries leaders.

In 2008 James and Denise ran the first three-month school, Inheriting the Nations ~ The Journey of Sonship, on Great Barrier Island, New Zealand. This school continues to be offered each year from September into December.

Eventually the Jordans recognised the need to take the ministry into the next season and for them to spend more time in their homeland of New Zealand. So in 2016 James and Denise appointed Mark Head to lead Fatherheart Ministries while retaining their prophetic voice in the ministry.

Once again, the time for change, has come as the Jordans recognised that they had not only started a ministry but a worldwide movement. In 2022, sixteen Fatherheart Ministry Pillars were identified and commissioned to carry this revelation around the globe.

James, often with Denise, has himself circumnavigated the globe forty-nine times and spoken in more than sixty nations. The Jordans continue to live as a son and daughter to their Father, remaining at rest in His love and the freedom to enjoy their ongoing adventures in Him.