Denise and I first met Jack Winter and his wife Dorothy in 1977. We were at bible school in Orama on Great Barrier Island, New Zealand and we heard that a man called Jack Winter was to be one of the guest speakers at a two-week long conference held over the New Year period. Denise and I were very interested in his arrival because we had been told about Jack by a good friend of Denise’s, Kay Lake, who was also at Orama and knew Jack well.

When he arrived he wasn’t what I was expecting. He was brought into Orama by Land Rover, down a long and winding dirt road through dense bush. I remember him getting out of the vehicle and he was wearing a Hawaiian shirt, white with big blue roses on it. For me, a former deer culler and hunter, it was very different from what I considered a man should be wearing. However, on the first night of the conference, when Jack got up to speak, I had never experienced anything like it before.

For us, in those days, listening to Jack Winter preach was like listening to Jesus. We had sat under some powerfully anointed preachers but when Jack Winter spoke it was head and shoulders above the rest. We had never heard anyone speak like that. What he said inspired us greatly. Jack used to say, “Many people preach the gospel but we give people an opportunity to live it.” For us, as young Christians who were hungry and on-fire for God, that was a very magnetic statement, because we wanted to live the gospel.

While he was at Orama, Jack invited us to join his and Dorothy’s ministry in the USA. We went to the base in Martinsville, Indiana, thinking that we would be with Jack and Dorothy for the rest of our lives. We had to leave the USA after 15 months and return to New Zealand because our visas ran out. We did not spend the rest of our lives physically with Jack and Dorothy, but we have spent our entire lives in Jack’s ministry and we are still in it today. Jack would visit us from time to time in New Zealand. I don’t really know why he connected with us, but he did. So many people wanted to be connected to him who didn’t have the opportunity that we had. 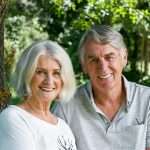 By James and Denise Jordan
James and Denise operate a prophetic ministry speaking a Word that has been, and is being given to them of walking as Jesus walked in the love of the Father as sons and daughters. James and Denise Jordan live in Taupo, New Zealand, have three grown up children and five grandchildren. They have been in constant ministry since the late 1970’s. In that time they have pastored two churches, worked in Christian rehabilitation, worked as Bible School lecturers and travelled in itinerant ministry throughout 40 years and counting.
More by this author

Part 3 - Faith for Finance In some ways, once we got to know him, Jack seemed very naive. If he felt the Lord saying something to him, he didn't...

Part 2 – Faith to be Fearless

Part 2 - Faith to be fearless When we started getting to know Jack we discovered something quite quickly. That he was a very scary person to be...