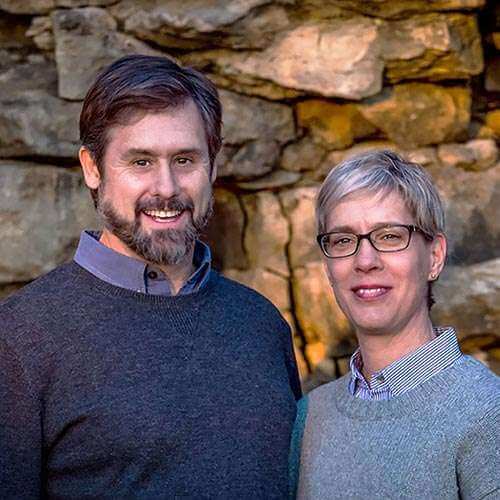 Leonard Hays finds he is “passionate about a good many things” ~ so many that it might be more practical to list what he doesn’t relish than what he does. Yet one passion transcends the rest.

“I have said to the Lord, ‘As long as I have breath and the ability to communicate about your love, this is all I want to do.’ ”

Likewise, his wife, Lesley, is passionate about “seeing people become whole in the love of the Father.”

Leonard and Lesley entered the realm of knowing Father’s love after being invited to a Fatherheart Ministries school by Ralph Gerlach, an apostolic leader and husband of Sharon Curtis-Gerlach, president of Canada-based Divine Exchange, which offers prophetic consultation for church and business leaders. Ralph, as host of the school, was seeking participants.

“I did not want to go,” Leonard recounts. “I had inquired with several ministry leaders . . .  and none had heard of Fatherheart Ministries. I went and Father forever changed my life.”

After they married and Leonard earned his master’s degree, the couple headed to the mission field, planting churches in Ecuador from 1997-1999 and Mexico from 1999-2007.

Then they joined the Kansas City, Missouri-based International House of Prayer (IHOP). Leonard’s responsibilities included conducting training in Latin America and encouraging praying churches there. The couple served as IHOP leaders in Mexico for a few years while they lived in the United States.

In 2011 they moved to Vermont, leading a ministry that was closely linked to IHOP. Their family and twenty-five young people resided in a community setting, farming, running a cafe, and leading a church, house of prayer and outreach efforts. During this season they received the invitation to the Fatherheart Ministries school, being held in Vermont.

The life-changing revelation propelled them into full-time ministry as Fatherheart Ministries school leaders and speakers. They were based in Kansas City from 2014-2018 and then Boulder, Colorado, until 2021. Just days after Christmas that year, their home was destroyed in the Marshall Fire that razed or damaged more than a thousand homes and more than thirty commercial buildings in Boulder County, northwest of Denver. Now the couple is living in Leonard’s parents’ house in Mequon, Wisconsin.

They have two adult children, Nicholas and Christian, and a grandson. Their daughter Kelsey was a young adult when she died in 2018 after suffering from an autoimmune disease. The couple also have a Labrador, Hunter.

Among Leonard’s many interests are alpine climbing, photography, fly fishing, gardening, mountain biking, woodworking and storytelling. He relishes studying that fosters greater wisdom and a deeper revelation of Father-God. Lesley enjoys running, walking, biking and reading a good story. She loves fellowship with her “small group,” the Trinity.